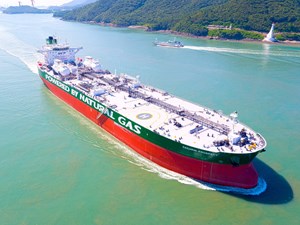 (Bloomberg) – The U.S. oil market is showing clear signs of tightening on the back of strengthening demand, raising a question about whether the nation’s booming crude exports could slow.

That in turn is helping to make West Texas Intermediate more expensive relative to the global oil price benchmark Brent. Several U.S. oil traders said exports could dip to all destinations — and in particular to Europe — because a narrowing spread — if it persists — would mean WTI loses competitiveness.

“It does seem the arb window has closed a bit,” said Paul Horsnell, head of commodities research at Standard Chartered. “So that should reduce the flow if sustained.”

The nearest WTI futures inter-month spread, and its equivalent in the physical market, rallied to the highest levels in months this week. In addition, the U.S. grade’s discount to Brent has shrunk to about $2.20 a barrel, from over $4 in a little more than a month.

It’s not just the difference between WTI and Brent that’s been narrowing. Crude at Houston is also trading at its smallest discount to Brent for several months. That’s a closely-watched measure because it reflects oil at the point of export, rather than the inland storage hub of Cushing, Oklahoma.

While the U.S. market shows signs of strengthening, Brent may face more headwinds. Should sanctions on Iran be eased, that may well free large volumes of the Persian Gulf country’s crude return to the global market, hitting the global benchmark more.

U.S. exporters boosted deliveries to Europe to a 9-month high in May, with loadings weighted toward the end of the April, according to tanker tracking data compiled by Bloomberg.