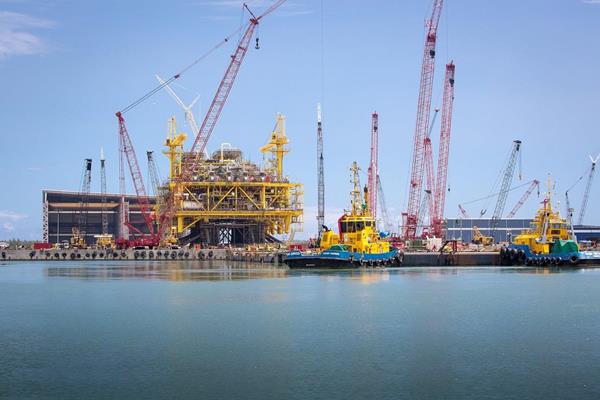 (Bloomberg) –Petroleos Mexicanos is measuring crude production at a warmer temperature than government regulators, inadvertently inflating the oil giant’s output figures, according to people familiar with the practice.

Pemex gauges hydrocarbon production at 20 degrees Celsius (68 degrees Fahrenheit), rather than the National Hydrocarbons Commission’s 15.56 Celsius standard, said the people, who asked not to be identified because the information isn’t public.

When combined with Pemex’s longstanding practice of counting a light oil known as condensate in its overall crude tally, the temperature bump swelled output figures by the equivalent of about 16,000 barrels a day going back to the start of 2020, the people said.

To put that in perspective, that’s $350 million worth of oil over the span of January 2020 to the end of May of this year, based on the average price Mexican Maya crude fetched during that period. Pemex didn’t respond to a request for comment.

Pemex’s 20-degree standard is based on the temperature at which oil circulates on the way to refineries, the regulator, known by its Spanish acronym CNH, said in an emailed response to questions. In that statement, the agency didn’t find any fault with the company’s practice.

Pemex, which is responsible for more than 98% of Mexican crude production, is under intense pressure to raise output after 15 straight years of declines. President Andres Manuel Lopez Obrador swept into power in 2018 promising to revitalize the oil titan by scaling back his predecessor’s market-friendly reforms. Both the government and Pemex have attributed recent production gains to the country’s new energy policy.